Hard drives fail from time to time… and while it’s sometimes possible to recover some or all of your data, there are times when everything effectively disappears. That’s why it’s a good idea to back up all of your data on a regular basis. You can do that with a spare hard drive connected to your PC, a shared network drive or network-attached storage device, or a cloud-based backup service like Backblaze, Crashplan or Carbonite.

But you also might want to consider buying hard drives that are less likely to crash in the first place. Those cloud backup companies I just mentioned have an awful lot of hard drives, so they’re in a better position than most of us to know which ones fail regularly… and that makes Backblaze’s recent report on hard drive reliability an interesting read.

It turns out some drives are way more prone to failure than others. 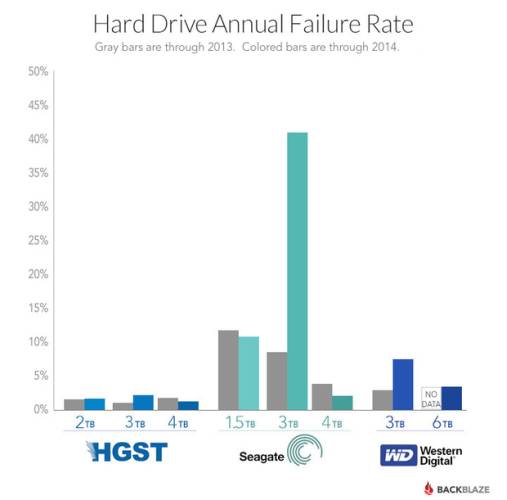 Here’s a roundup of tech news stories from around the web. You can keep up on the latest headlines by following Liliputing on Twitter, Google+ and Facebook.