Shuttle has been making small desktop computers (and PC cases) for years. One of the company’s upcoming models looks like it could make a pretty nice media center PC (or point-of-sales or kiosk system).

It features a 2 GHz Intel Celeron J1900 quad-core Bay Trail processor and passive cooling which means it shouldn’t make any noise while it operates. 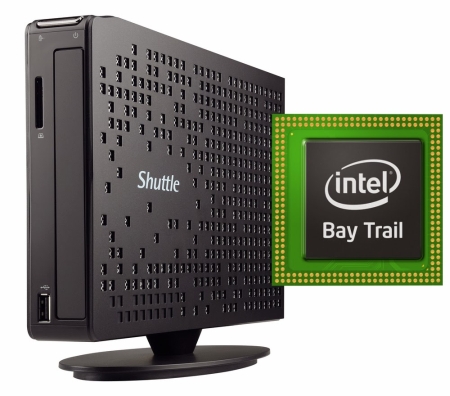 Here’s a roundup of tech headlines from around the web.