A home theater PC is, by definition, a computer designed to hang out near your TV so you can send videos, music, or photos to the big screen. But just because the natural habitat of an HTPC is the living room doesn’t mean you can’t move it from place to place.

Hackaday found one hacker who decided to build a portable HTPC by cramming all the important bits into a small box, slapping a wireless keyboard on the side with a bit of Velcro. The best part? That little box already has a built-in handle which makes it easy to carry, since it’s a $10 Star Wars lunch box. 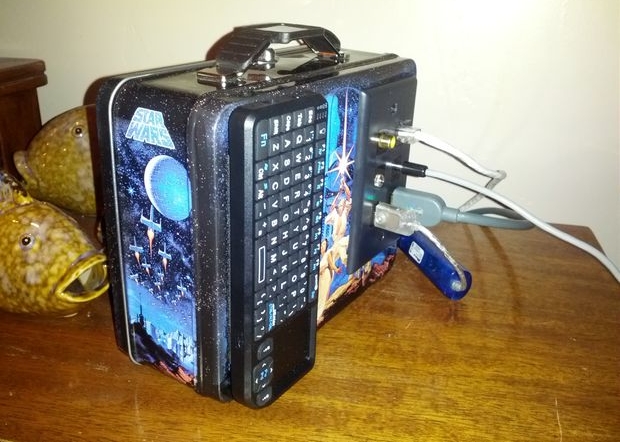