Qualcomm’s Toq smartwatch is a wearable device with a low-power display that’s designed to be easy to read in direct sunlight. You can pair it with a phone to view weather forecasts, notifications or incoming calls, and I suppose you could also tell time with the Toq too.

But that limited functionality comes at a steep price — Qualcomm is offering a limited quantity of Toq smartwatches for $350 each. They’ll ship in December, but pre-orders opened today.

If you’ve always wanted a watch with a Mirasol, sunlight-readable display, now’s your chance. Or you could buy a few Pebble E Ink watches for the same price. 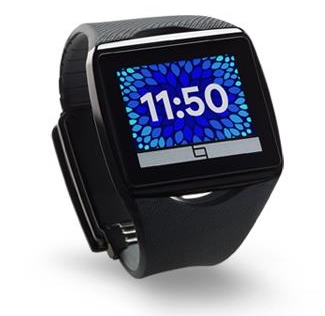