Another high profile device, another teardown from iFixit. The repair shop has ripped open a Google Nexus 5 to get a look at its insides. They liked what they saw, deeming the Nexus 5 relatively easy to repair — but let’s be honest. the odds of you fixing the $350 phone yourself instead of buying a replacement aren’t all that good, are they?

Still, the photos give you a pretty good idea of what’s going on under the hood of Google’s latest smartphone, and they’re a little more detailed than the last set of Nexus 5 teardown pictures we saw. 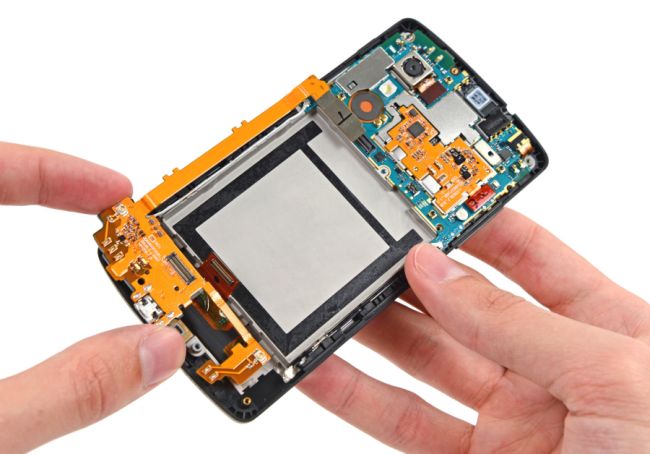