Tired of carrying a smartphone, tablet, and notebook around? While Asus is trying to simplify things with products like the Asus Padfone that let your phone act as the brains of a tablet, a group called idealfuture has another idea.

They’re trying to raise $100,000 through crowdfunding site Indiegogo to build a device called the if convertible which can function as a dual-screen laptop computer with a detachable screen which you can use as a phone or tablet. 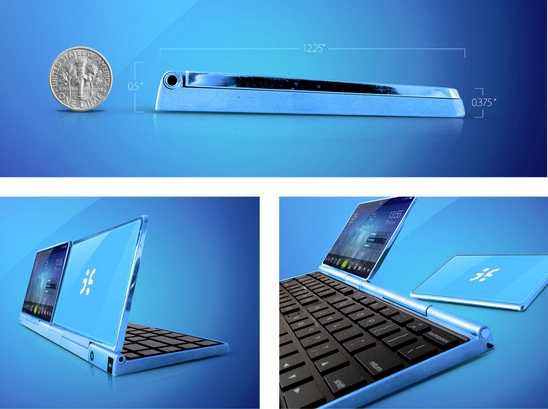 It’s a neat idea, but hardware specs haven’t been finalized and there are no pictures of an actual product, just rendered images. So it’s probably best to treat it like a neat concept rather than a real device at this point — but if you really want to help make the if convertible real, you can reserve a unit for a pledge of $999.

It won’t ship until June, 2014 at the earliest though.