AMD is getting ready to ship its new Zen processors for desktops in early 2017, with mobile chips based on the new architecture coming later in the year.

But the company has already started looking ahead, announcing that it’s signed a 5-year agreement with GlobalFoundries, who will continue to manufacturer 14nm chips for AMD for the foreseeable future, and who will later help the company bring 7nm chips to market. 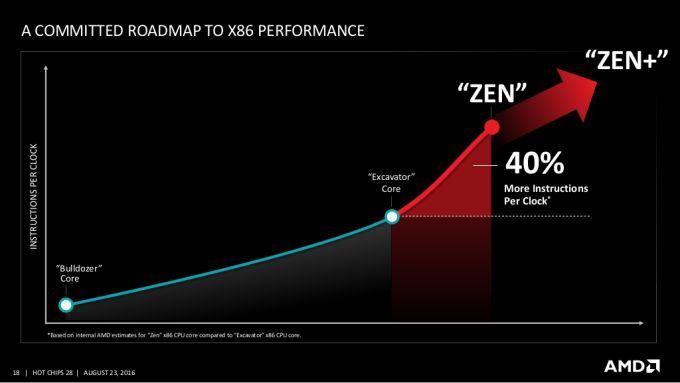 For reference Intel’s new Kaby Lake processors are 14nm chips, as are the company’s previous-generation Skylake and Broadwell processors.

While Intel expects to move to a 10nm process for its next-gen “Cannon Lake” chips, AMD is skipping that node and going straight to 7nm.

Generally speaking, the smaller the process, the more tightly components can be packed into a space which offers improvements in performance and efficiency.

It’s not clear at this point if the immediate successor to Zen will be based on a 14nm or 7nm process. But it looks like 7nm is at least on AMD’s roadmap as something that should happen within the next 5 years.