Purism’s upcoming Librem 5 smartphone is designed to stand out from in a few big ways. It’ll ship with an open source, GNU/Linux-based operating system called PureOS. Users will be able to replace the operating system with an alternate OS if they like. And there will be hardware kill switches to let you shut off features you’re not using in order to give users more control over privacy.

The phone has been in development for a few years and while it seems unlikely that the estimated ship date of Q3, 2019 is still accurate, Purism CTO Nicole Faerber recently gave a presentation about the progress made so far… and publicly revealed what the phone’s printed circuit board (PCB) will look like.

One intriguing detail? There are two M.2 slots for the wireless cards. That means users may be able to swap out cards to replace or upgrade wireless capabilities in the future. 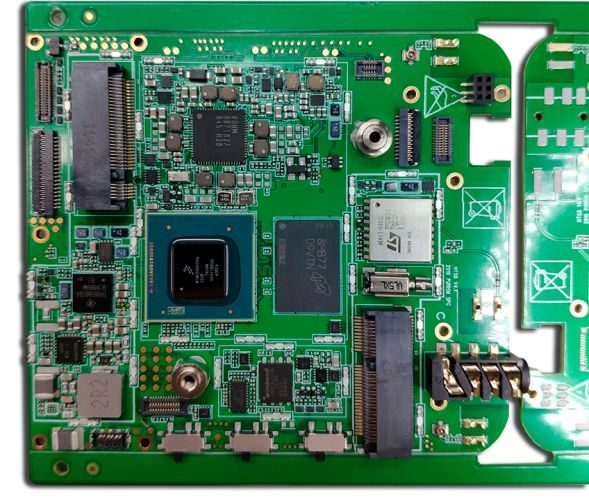 The WiFi and Bluetooth will both be on an M.2 2230 card, while the 4G LTE modem will be on a separate M.2 3042 card. Purism says theoretically any M.2 card with the same user interface should work with the phone assuming the firmware is compatible.

It’s unclear if you could use something other than a wireless radio such as an SSD in one of those slots.

Purism has also confirmed that hardware kill switches will sever the connection between the PCB and the cellular baseband, WiFi and Bluetooth, cameras, microphone, and sensors.

You can watch Faerber’s entire 45 minute talk in a video on the Purism website.

19 replies on “Librem 5 smartphone will have two M.2 slots for replaceable wireless cards”