Popular media center software Kodi is an open source, cross-platform application for music, movies, photos, online media, and other content. The software runs on Windows, Mac, Linux, and Android, but if you have a device that you pretty much only want to use for Kodi, there’s LibreELEC — a GNU/Linux-based operating system designed to put Kodi front and center.

A few days later, an updated version of LibreELEC designed around Kodi 18 was released. But that’s not the only change in LibreELEC 9.0. 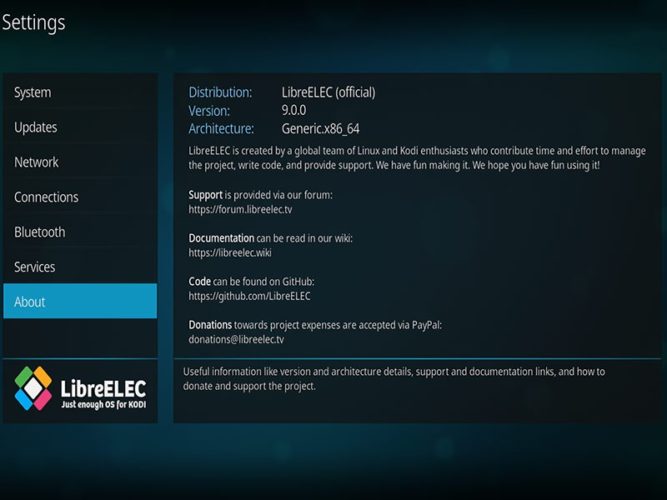 LibreELEC is a light-weight operating system that can run on low-power devices including the Raspberry Pi and other computers with limited processing power and system resources. But it also should run on pretty much any relatively recent computer with Intel or AMD processors.

Version 9.0 includes all the updates featured in Kodi 18 and builds upon them in some ways. For example, Kodi now includes initial support for gaming, so LibreELEC’s developers included a number of emulator cores and a few open source games (but you’ll need to provide your own game ROMs.

Other updates are specific to LibreELEC. For example, there’s a new Safe Mode boot option that you can use if Kodi has problems during startup.. There’s support for changeable SSH passwords. And there’s a wider range of  DVB TV tuner drivers if you want to use Kodi to watch or record live TV.