But folks who pre-order one through the company’s Kickstarter campaign might be able to score one for as little as $5. 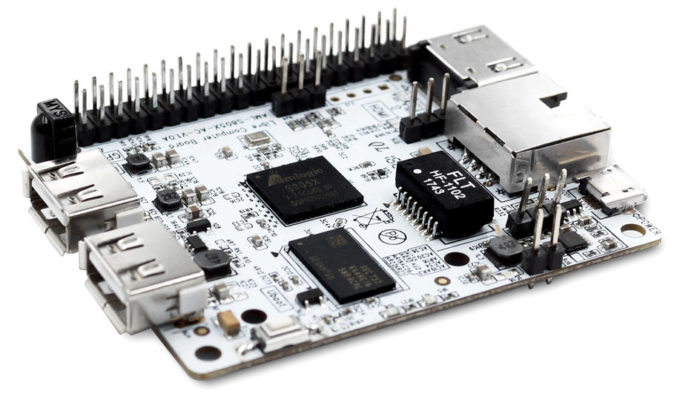 The Le Frite is sort of a smaller, cheaper version of the Le Potato board that was released last year.

Both versions feature an Amlogic S805X processor, a 40-pin, Raspberry Pi A+ like header, and a micro USB port for  power.

There’s no microSD card slot, so you can either boot an operating system from a USB drive, use network boot option, or purchase an optional eMMC module — Libre Computer is offering several bundles that include an 8GB eMMC 5.x module, a 2.5A power supply and an HDMI cable.

The Le Frite also has 128MB of SPI NOR flash storage that holds the boot firmware.

You can also run Android Oreo on the Le Frite.