Libre Computer has launched a crowdfunding campaign for a new single-board computer called the Renegade. It looks like a Raspberry Pi Model B, and which has the same $35 starting price (at least during the company’s Indiegogo campaign).

But the Renegade model supports USB 3.0 and Gigabit Ethernet, and it’s available with up to 4GB of RAM, has an eMMC interface if you’d prefer to use that to an SD card for storage, and support for Ubuntu 16.04 Linux or Android 7.1 software. 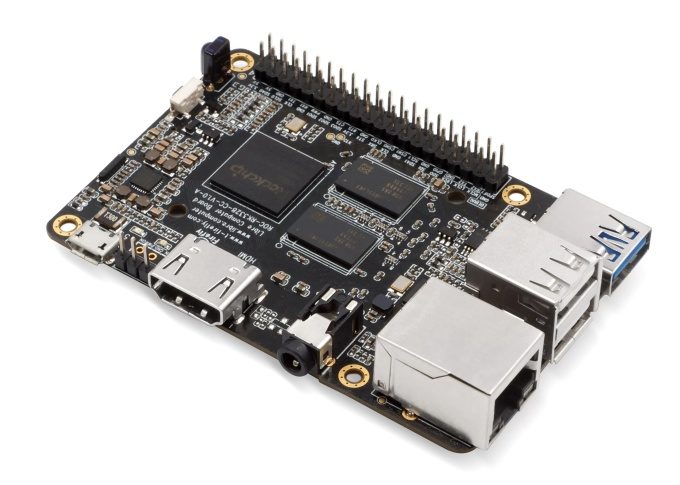 Other features include a USB 3.0 Type A port, two USB 2.0 ports, an Ethernet jack, HDMI 2.0 port, and 3.5mm audio jack. There’s a microSD card reader and a micro USB port for power.

There’s an IR receiver that lets you use a remote control, and a 40-pin header for development projects.

You can request a 1GB model for a pledge of $35, and Libre Computer says it will begin shipping the Renegade board in January. After the crowdfunding campaign ends, the price for that model is expected to go up to $45.

A 2GB model is going for $45 at the moment, while 4GB models are priced at $70 for the duration of the campaign.

The crowdfunding campaign has only raised $229 in its first two days, which doesn’t look encouraging. But this isn’t Libre Computer’s first crowdfunded single board computer.

Last month the company launched a campaign for the Tritium line of mini PCs with Allwinner processors, and this summer the company introduced the awkwardly named “Le Potato” for $25 and up.