There’s another Raspberry Pi-like computer in the works, and this one has a few interesting features that could set it apart. It’s said to be capable of handling 4K video. It’s designed to run Linux and Android-based software. It should be faster than a Raspberry Pi 3. And unlike some other devices in this category, it’s not named after a fruit… it’s named for a vegetable.

The Le Potato board from Libre Computer is expected to begin shipping in August, if the Kickstarter campaign for this board reaches a relatively modest goal of $25,000.

But there are a few things to note before pulling out your wallet. 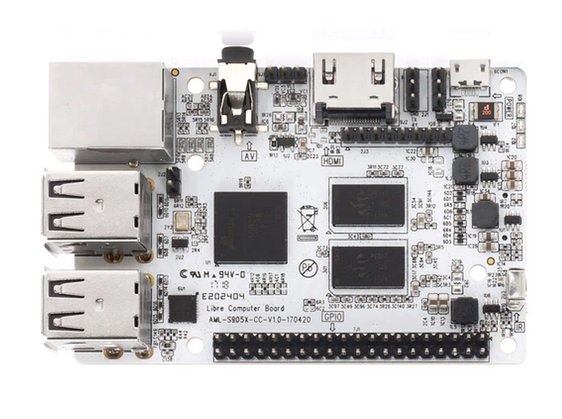 First, the Le Potato board has no WiFi or Bluetooth, so you’ll need t supply your own adapter if you want wireless features. It does have an Ethernet jack, but it tops out at a 10/100 connection and lacks Gigabit Ethernet speed.

Likewise, while there are four USB ports, they’re all USB 2.0 rather than 3.0.

And while the Libre Computer board gets its name from an effort to support free and open source software, the system currently has “basic upstream support in Linux 4.13 and does not yet have an open source driver for hardware-accelerated graphics, although the developers are hoping to work on that… they’d hardly be the first with that hope though.

The Le Potato board features an Amlogic S905X quad-core ARM Cortex-A53 64-bit processor with Mali-450 graphics, an HDMI 2.0 port, support for up to 2GB of RAM, a microSD card slot, and support for an optional eMMC daughter board, among other things.

Early backers can snag a model with 1GB of RAM for a pledge of $25, while 2GB models are going for $35 and up.

18 replies on “Libre Computer is crowdfunding a 4K-ready, quad-core mini PC for $25 and up”