It’s been a while since LG stopped making handheld tablets. But the company just introduced a new kind of TV that’s… basically a big tablet placed atop a stand.

The LG StanbyME is a 27 inch display with a built-in battery that provides up to 3 hours of viewing time. And while you can use a remote control to interact with the TV, it also supports touch input. But unlike most tablets, the StanbyME is placed atop a moveable stand that you can move from room to room thanks to wheels. 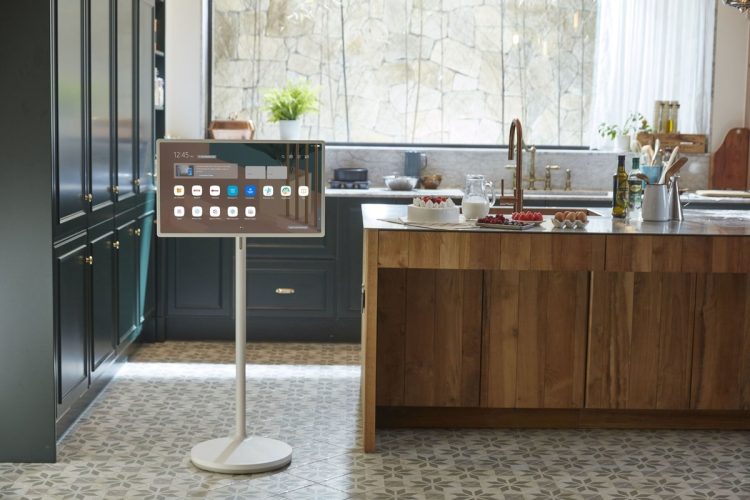 LG says the screen can be rotated for use in landscape or portrait orientations, and it also supports tilting and swiveling, allowing you to adjust the viewing angle so that it’s comfortable to use whether you’re on the couch, in the kitchen, lying in bed, or just about anywhere else.

While LG is positioning the device as a smart TV rather than a tablet, it has a user interface designed to work with touch input and support for services like KAKAO WEBTOON with support for mobile-like gestures including taps and swipes. 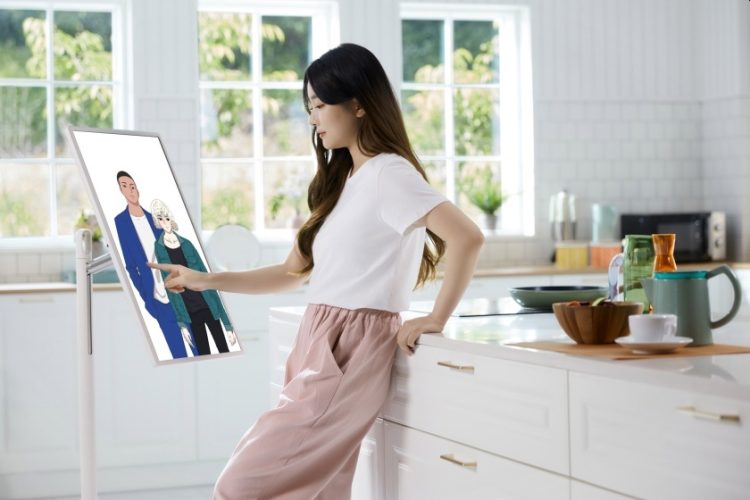 LG says you can even use the StanbyME for video conferencing… although it doesn’t have its own camera and microphone. Instead there’s a removable cradle that can be placed atop the display, allowing you to use your phone’s hardware for voice or video calls. You can mirror the phone’s display to the StanbyME via wireless screen sharing (with Android and iOS support), or use a PC with the display via a USB, HDMI, or wireless connection.

There’s no word on how much the LG StanbyME costs, when it will go on sale, or if it will be available globally. But LG plans to show off the unusual TV/tablet at the Consumer Electronics Show in January.