LG has announced that it’s next G series smartphone will feature Qualcomm’s most powerful processor to date. In fact, if recent benchmarks are anything to go by, the new Qualcomm Snapdragon 800 processor is one of the most powerful ARM-based chips from any company.

It’ll likely show up in a number of smartphones and tablets in the coming months. But the LG Optimus G is kind of special because the latest Google Nexus device is basically a rebranded Optimus G with a tweaked case design and stock Android software. 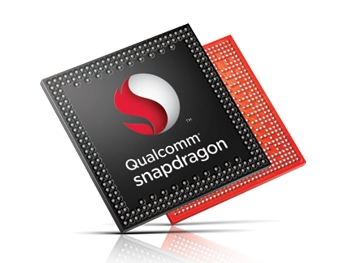 LG hasn’t provided many details about its next-generation Optimus G. But the company has issued a press release saying that it will sport Qualcomm’s new chip, which offers up to 75 percent better performance than the Qualcomm Snapdragon S4 Pro used in LG’s current phone (and the Google nexus 4).

The press release also points out that the chip supports 4G LTE and video capture and playback in Ultra HD, although it doesn’t confirm that the new phone will actually be able to do any of those things.

There’s also no word on the upcoming phone’s screen size, resolution, memory, storage, or other specs. But hey, if being first matters at all (it probably doesn’t), at least LG is one of the first device makers to commit to using Qualcomm’s new chip.