Most high-end smartphones hitting the market these days feature fingerprint sensors (and some mid-range phones have them too). But there’s no real consensus on the best place to put the scanner: some phones have them below the screen, others on the back. A few companies even put them on the sides of the phone.

LG has a new solution: get rid of the button altogether and build the fingerprint sensor into the display area. 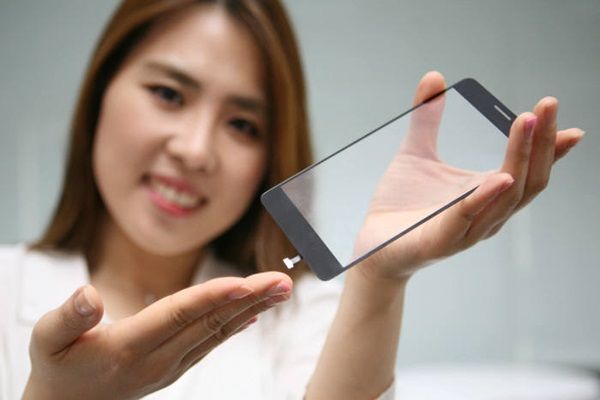 The company has unveiled a new under-glass fingerprint sensor module that will allow you to place your finger on the screen itself to unlock your device, make purchases, or login to apps or websites.

LG’s solution includes a 0.3mm cut-out on the back of the cover glass for the sensor, which LG says is then protected by the screen and which is accurate enough to have a false acceptance rate of 0.002 percent.

Of course, the biggest problem with fingerprint sensors may not be that they’ll accept fingerprints other than your own: it’s that your fingerprints might not be the hardest thing in the world to obtain.

Law enforcement officials may attempt to compel you to unlock your phone with a fingerprint, and there are high-tech and less high-tech methods for copying your fingerprints with or without your permission.

That said, some security is probably better than no security at all… and an awful lot of people don’t bother to password protect their phones. Using a fingerprint to unlock a device is a lot more convenient than entering a passcode every time you want to check your notifications.

While I wasn’t initially convinced fingerprint scanners were all that useful, the Nexus Imprint fingerprint system on the Google Nexus 5X and Nexus 6P I reviewed last year turned out to be one of my favorite features on those phones.

Anyway, LG’s new technology could provide yet another option for fingerprint scanner placement on future phones: and it could result in phones that don’t look like they have biometric sensors at all.

via The Korea Times