Wish there was a gigantic smartphone that curved to meet the contours of your face when you hold it up to your head to make a call? LG appears to be working on a new phone called the G Flex which has a 6 inch curved glass display. It’s not just the screen that’s curved — the whole phone has a bit of a slope to it.

Engadget, CNET, and others have obtained leaked images of the upcoming phone, but it’s not exactly a big surprise that LG is bringing this sort of device to market. Earlier this month the company announced that it had begun building a 6 inch flexible OLED display. 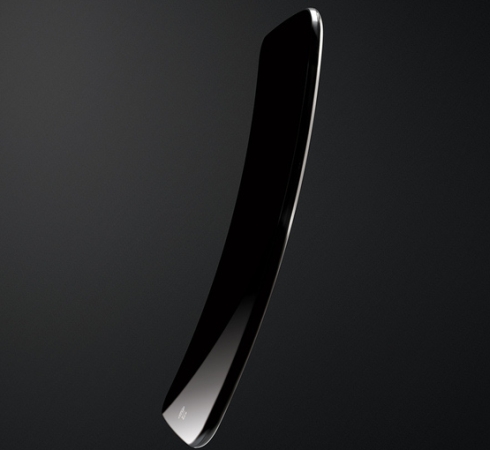 The screen is built on plastic substrates instead of glass, allowing LG to build a screen that can bend without breaking. While the rest of the phone is pretty rigid (you can’t just roll it up into a ball), the flexibility doesn’t just mean LG can produce a phone that curves. It also means that it’ll be much harder to break the screen by putting pressure on it.

There aren’t many other details about the G Flex at this point, but given its LGpedigree (and the lack of physical buttons below the screen), it’s likely going to be an Android phone.

Samsung recently revealed its own phone with a flexible display, but the Samsung Galaxy Round is concave width-wise, while the LG G Flex bends along its length.