After years of 16:9 displays dominating the laptop and desktop monitor space, we’re starting to see a growing number of other options including displays with 16:10 and 3:2 aspect ratios for folks who prefer extra vertical screen space.

The LG DualUp monitor is something a little different. It’s a 27.6 inch, 2560 x 2880 pixel display with an unusual 16:18 aspect ratio. In other words, it’s taller than it is wide, and LG says it gives you the same kind of screen space you’d get if you stacked two 21.5 inch displays with one on top of the other. 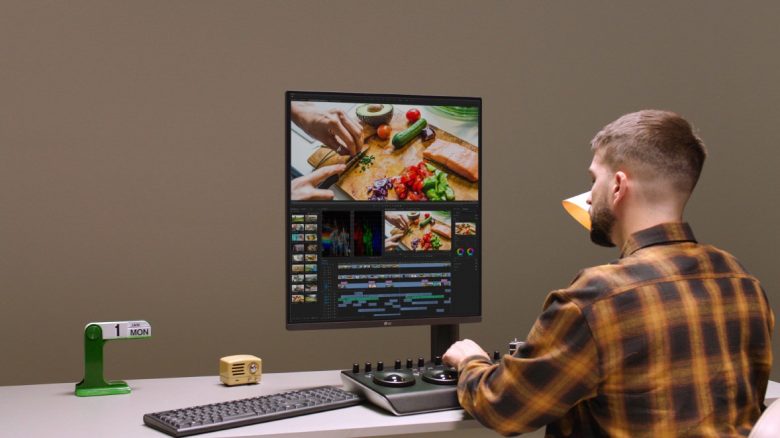 LG says the DualUp 28MQ780 display has a “vertical split view function” that makes it easy to divide content across the top and bottom of the display as if you were using two screens, but without any gap between the displays and without the need for two power adapters.

The company says “the double height screen… helps reduce side-to-side head movements, the main cause of neck pain.” I imagine it will result in more up and down next movement, but that’s a more natural motion for your neck to make.

The monitor features an IPS LCD display with 98% DCI-P color gamut, support for HDR10, and up to 300-nits of brightness. It has a 5ms response time, built-in 7W stereo speakers, two HDMI ports, a DisplayPort, and three USB-C ports (one for input and two for output if you want to use the monitor like a hub, with support for delivering 96W of power, which means you may be able to power the display and a laptop using a single power cable).

LG hasn’t revealed pricing or availability yet, but the company says it will announce more details during its CES event on January 4, 2022.