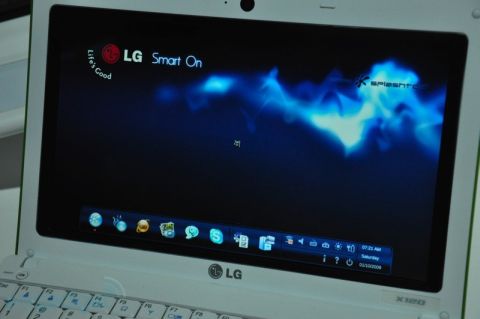 LG is showing a netbook called the LG X120 at CES, which appears to be pretty much identical to the X110 on the hardware front. But the company has bundled a version of DeviceVM’s SplashTop interface which lets you boot quickly into a light weight, Linux-based desktop that lets you go online with a web browser, Skype, or perform a few other tasks without waiting for Windows XP to load.

I’m still not entirely sold on the Splashtop concept. While you can boot the environment more quickly than Windows, you can put a Windows computer into sleep or hibernate mode and resume just as quickly as you could load a quick-boot environment like Splashtop.

The LG X110 isn’t yet available in the US, and there’s no word on whether the new model will be released stateside either.

2 replies on “LG X120 netbook has SplashTop “instant on” software”