As expected, LG is introducing one of the most unusual smartphones of the year. The LG Wing is a dual-screen smartphone with a 6.8 inch primary display that swivels to reveal a a secondary 4 inch screen that can be positioned below or to the side.

LG positions this as a layout that can aid with typing, multitasking, or other activities.

The LG Wing comes out of the new LG Explorer Project initiative, which the company says is an effort to reimagine what a smartphone can be rather than just cranking out a new device with marginally better specs than last year’s model. 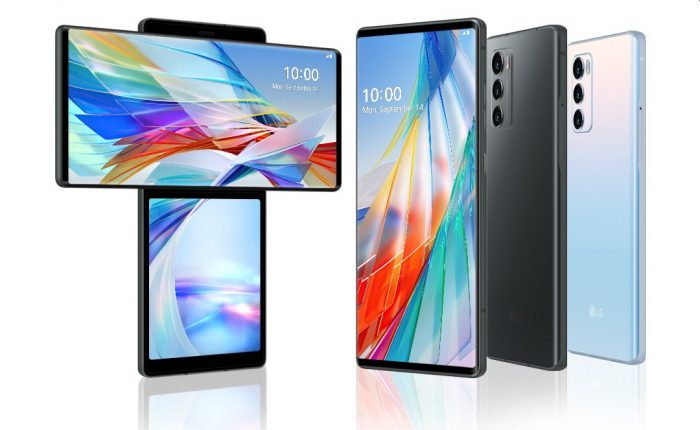 LG says the idea behind the Explorer Project is to imagine new designs, take new risks, and attempt to deliver new form factors with practical purposes. The LG Wing is just the first.

The phone is powered by a Qualcomm Snapdragon 765G processor and features triple rear cameras and a pop-up selfie camera. 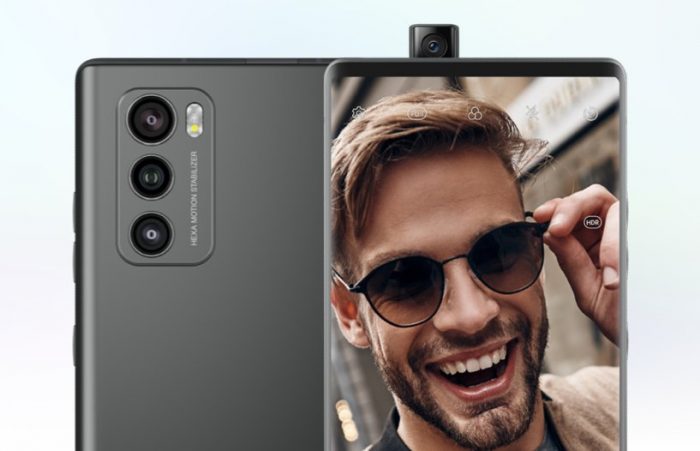 But the most distinctive characteristic is the dual-screen design. Among other things, LG says you can use the second screen to:

You can also create app pairs for two apps that you typically want to open together in dual screen mode. Just tap the shortcut on your home screen to launch YouTube and Chrome, for example. 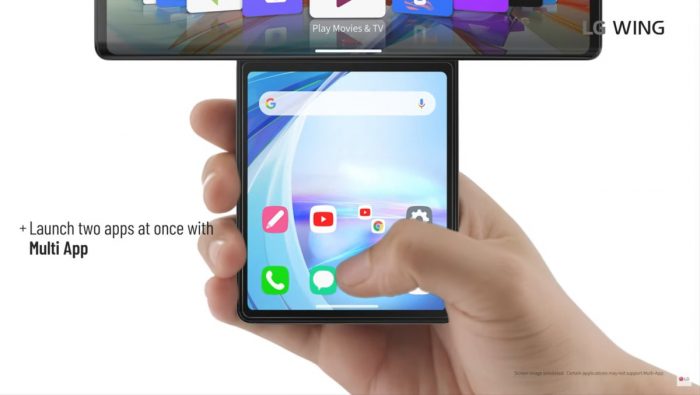 LG notes that the phone’s pop-up camera automatically retracts if you drop the phone, in order to prevent damage. And since it’s not visible when you’re not using it, there’s no notch or hole in the display for the front camera. The phone also has an in-display fingerprint sensor.

The phone’s primary camera supports optical image stabilization and features 6 motion sensors to keep video recordings stable. And you can hold the phone by its smaller screen, using record, pan, and other controls without covering the larger viewfinder display. 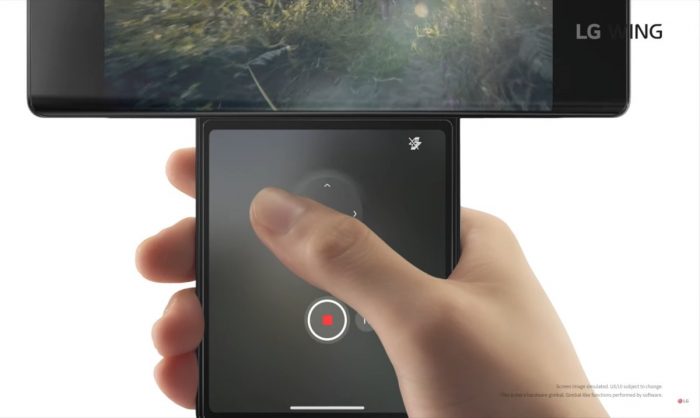 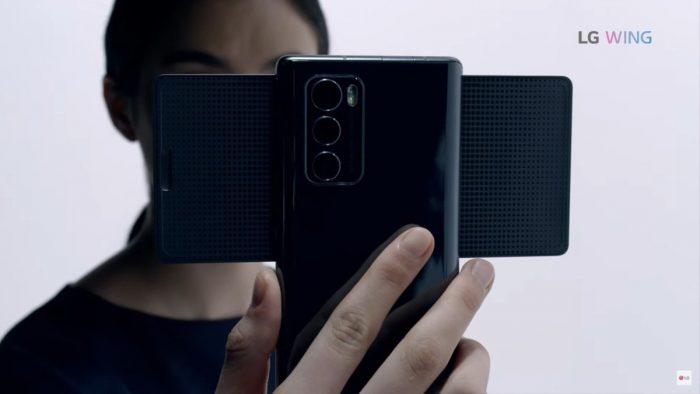 The LG Wing will be available first from Verizon in the United States, before hitting AT&T and T-Mobile at a later time. Pricing is said to vary by carrier, but rumor has it that the first phone from the LG Explorer Project will have a base price in the $1000 range.

While the specs are clearly not the most important thing about this phone, here they are, all in one place: