Flip phones may have fallen out of fashion in the West, but they still pop up from time to time in Asia. LG recently unveiled an Android-powered flip phone for Korea… but now the company says the phone will be available internationally as well.

It’s called the LG Wine Smart, and at first glance it looks like a classic clamshell phone. But it’s actually a smartphone with a touchscreen display and support for Android apps. 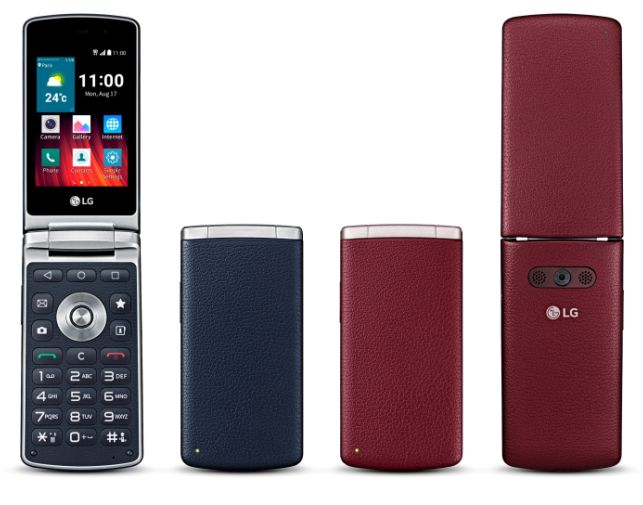 The LG Wine Smart will launches in August in select markets including France, Italy, Japan, Kazakhstan, Poland, and Spain.

It runs Android 5.1.1 Lollipop software, and features back, home, and recents buttons at the top of the keypad (just above a direction pad and dedicated camera, email, favorites, and contacts buttons).

The clamshell design isn’t the only thing that seems a bit retro about this phone: it also has a 1,700 mAh user replaceable battery at a time when it’s getting harder and harder to find phones with removable batteries.