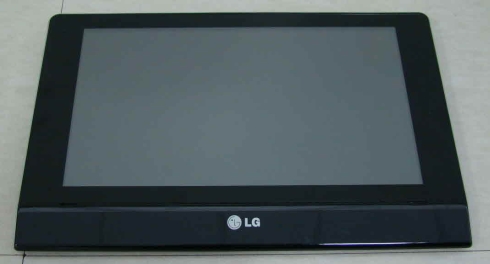 The FCC documents don’t actually provide many details aside from the model number, the fact that the H1000B is a computer, and that it has WiFi and Bluetooth connectivity.

But Wireless Goodness spotted a TwitPic photo from last week showing an LG H1000B tablet running Windows 7. And Netbook News spotted another web site offering a few more details, including another photo and the fact that the tablet has an Intel Atom processor.

The tablet certainly has a distinctive design, but I’d love to see what kind of ports and buttons are on the sides. I also haven’t found a tablet that really runs well with Windows 7 and an Atom processor yet, so I’d like to know exactly which Atom CPU the LG tablet is using and whether there are any software optimizations to make the experience snappier. But I suspect we’ll have to wait a little longer to get answers to those questions.

One reply on “LG Windows 7 tablet hits the FCC”