The new LG V60 ThinQ 5G has the kind of specs you’d expect from a 2020 flagship phone… plus a few bonus features. Sure, it has a Qualcomm Snapdragon 865 processor and X55 5G modem, 8GB of RAM, multiple cameras, and an in-display fingerprint sensor. But the phone also has a 32-bit Hi-Fi quad DAC, four microphones (and two speakers), and a sizable 5,000 mAh battery.

LG says the LG V60 ThinQ 5G will be available in North America, Europe, and Asia in March. 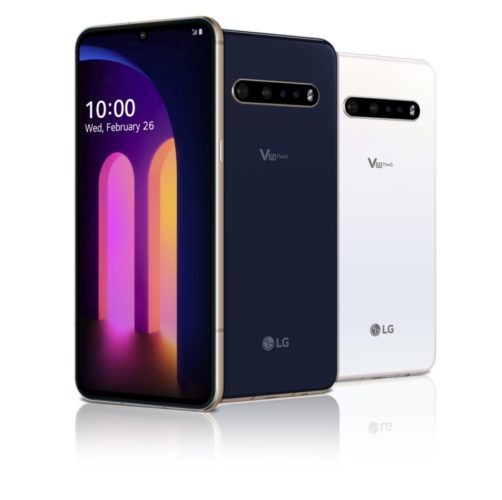 On the front of the LG V60 ThinQ 5G you’ll find a single 10MP camera, and on the back there are three cameras/sensors: 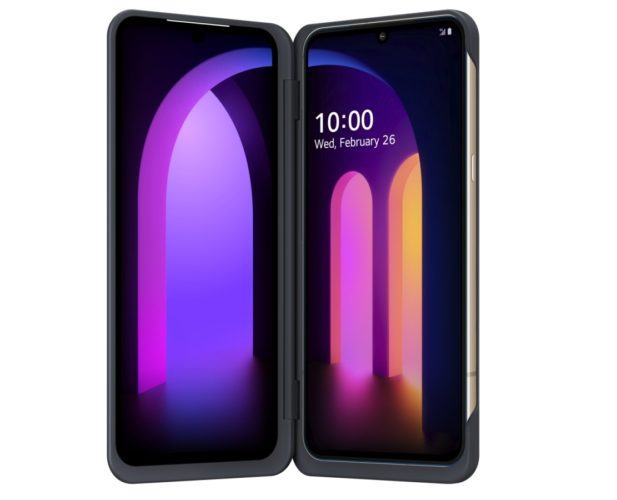 But what you get is not only a second 6.8 inch display that’s pretty much identical to the first, but also a small 2.1 inch monochrome cover display that you can use to view notifications without flipping the phone open.

The LG Dual Screen accessory also has a 360-degree hinge, allowing you to flip the second screen all the way around to hold the phone in one hand, prop it up using the case as a stand, or view two side-by-side screens in a pseudo-tablet mode.

While Microsoft is planning to release its first Android phone with dual-screens later this year and Samsung, Xiaomi, and Motorola have all released phones with foldable displays, LG has actually been doing optional/detachable dual screens for a while — last year’s LG V50 ThinQ and LG G8X ThinQ smartphones also both supported optional LG Dual Screen cases.

Whether that’s actually a good thing is up for debate. But at least it’s a thing — and it does allow LG to sell a multi-mode phone with a more reasonable starting price since you don’t need to pay for the second screen unless you really want one.

LG hasn’t announced pricing for the new phone yet, but according to Gizmodo, it will have a starting price that’s likely well under the $1000 some rivals have been charging for recent flagships.

9 replies on “LG V60 ThinQ 5G smartphone is a 6.8 inch flagship with an optional second screen”