It’s only been a few months since LG unveiled the LG V30S ThinQ, but the company is already introducing its successor. 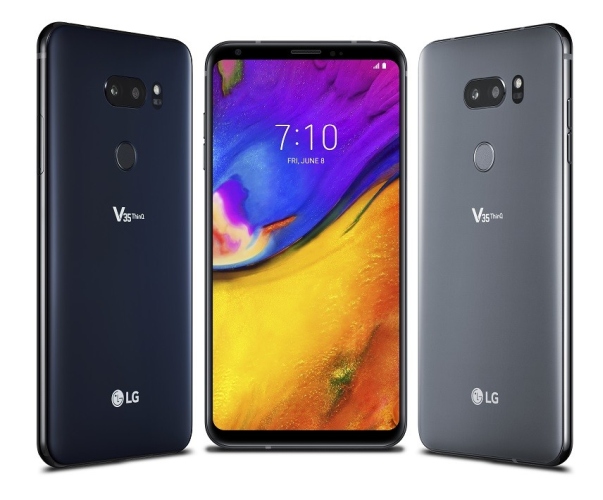 The display is covered in scratch-resistant Corning Gorilla Glass 5, and LG says the phone has an IP68 rating for dust and water resistance, and that the V35 ThinQ has been MIL-STD 810G tested for use in “harsh environments.”

There’s a dual-camera system on the back of the phone. Both cameras have 16MP sensors, but one features a wide-angle lens. There’s also an 8MP front-facing camera.

LG uses the ThinQ name to indicate artificial intelligence features, and in the case of the LG V35 ThinQ that comes into play with the camera app, which can use AI to help with scene selection, portrait mode shots, and low-light photography, among other things.

The phone also supports Google Lens for identifying objects, plants, animals, and landmarks and it uses “Super Far Field Voice Recognition” so that you can interact with Google Assistant from up to 16 feet away.

The LG V35 ThinQ supports face recognition as well as fingerprints, and it features Qualcomm Quick Charge 3.0 for fast charging.

LG will offer models with 64GB or 128GB of storage, and both versions have a microSD card for up to 2TB of removable storage.

At this point I’m not entirely sure why LG continues to offer two different flagships: The LG V35 ThinQ will join the recently-launched LG G7 ThinQ on store shelves.

Once upon a time, the V-series was known for its secondary display. But LG has eliminated that feature, which really just makes the V35 look like a somewhat better version of the G7.

But I suppose it’s nice to have the option to pay a little more for a better phone.

Pricing and release date details haven’t been announced yet.

One reply on “LG V35 ThinQ is a notch-free flagship”