Evan Blass may have “retired” from leaking details about upcoming phones and other gadgets two years ago, but he’s still got great sources, and he still keeps sharing information about products before they’re officially launched.

Two of the latest? The LG V20 and the Sony Xperia X Compact. One will be the first phone to ship with Android 7.0 software and the other is a smaller version of Sony’s latest flagship phones. 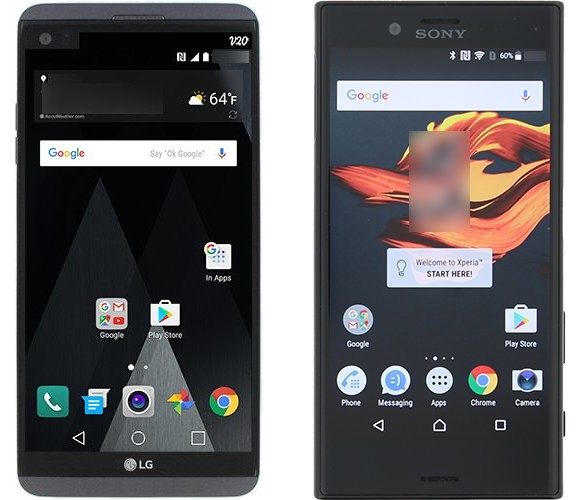 Sony has yet to actually acknowledge the existence of the Xperia X Compact, which makes this leak kind of exciting.

The company has released “compact” versions of its last few smartphones: Both the Sony Xperia Z3 and Xperia Z5 smartphones launched alongside compact editions. The key differences between the full-sized, 5.2 inch models and the smaller, 4.6 inch “compact” versions was the screen size, screen resolution, and battery capacity.

The LG V20 is a follow-up to last year’s V10, and according to the image shared by Blass, it looks like it’ll keep one of the key features from that phone: a secondary, ticker-style display above the primary screen.

LG is holding an event on September 6th to officially launch the phone, but we already know that it’ll be the first device to come with Android 7.0 Nougat pre-installed, and LG says it’ll have high-quality audio and camera features as well.