Google Android 7.0 Nougat is launching today, and there’s a little surprise on the Android website: confirmation that the new LG V20 smartphone will be the first smartphone to ship with Android 7.0 pre-installed (although Android 7.0 updates should begin rolling out for recent Nexus phones and other devices any minute now).

The LG V20 won’t officially launch until September 6th, but LG has started hinting at some of the upcoming phone’s features. 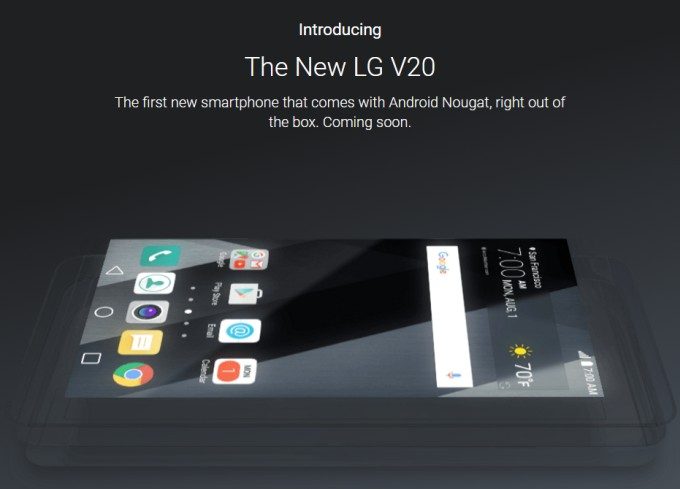 The LG V20 is expected to be a premium smartphone, and it’ll probably have next-gen versions of some of the features that debuted with the 2015 LG V10 including dual front-facing cameras and a secondary, ticker-style display.

There are also some reports that the phone will supported optional, modular accessories, much like the LG G5.

LG hasn’t confirmed any of those features yet, but the company has posted a teaser suggesting that the phone has “excellent audio features” and a high-quality camera for “the best audio and video experience.”