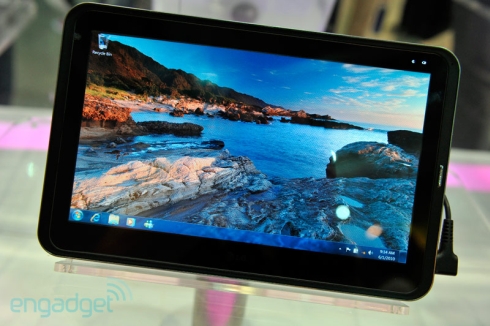 Microsoft is showing off a shiny new tablet prototype from LG at Computex this week. The LG UX10 sports a 10.1 inch capacitive touchscreen display and a 1.6GHz Intel Atom Z530 processor. And it runs Windows 7 Home Premium, the cheapest version of Windows 7 to come with touchscreen features baked into the OS.

There’s no word on the final pricing for the LG UX10 tablet, but Microsoft does say that while the demo unit is just a prototype, LG does plan to bring it to market eventually.