LG’s third-generation G-Pad tablet is on the way, so naturally it’s called the G Pad II. The company has announced it will bring a new 10.1 inch G Pad II to the IFA show in Berlin next week. 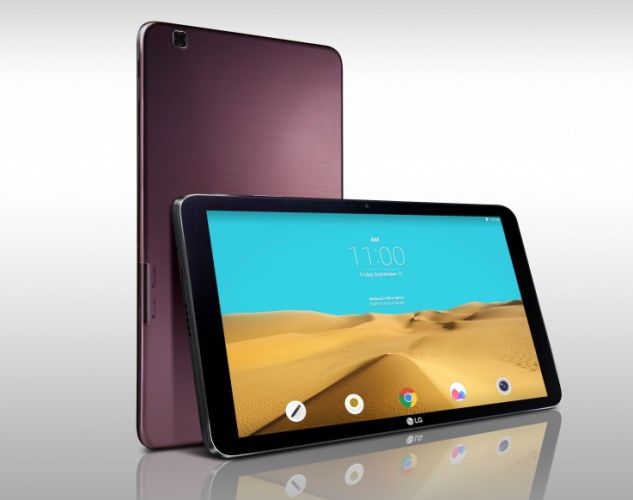 A year later the company took a different approach and launched models with 3 different screen sizes, entry-level specs, and prices starting at $150.

It also comes pre-loaded with Microsoft Office for Android tablets and you get 100GB of free Microsoft OneDrive cloud storage space for 2 years when you buy the G Pad II 10.1. The tablet also features LG’s custom user interface for Android with support fo features including dual window mode, allowing you to view two Android apps at the same time.

Interestingly, LG has decided to include a Qualcomm Snapdragon 800 processor. That’s the same CPU used in the 2013 Google Nexus smartphone, and it’s still a reasonably fast processor, but it seems like an odd choice at a time when Snapdragon 801, 805, and 810 chips are available, not to mention a number of different options from MediaTek, Intel, and others.

The tablet measures about 0.3 inches thick and weighs about 1.1 pounds.

LG hasn’t announced a price for the G Pad II yet, but the company says it’ll be available in North America, Europe and Asia after its debut at IFA in early September.

LG also recently unveiled an 8 inch version of the G Pad II, but it’s not clear if that model will be available outside of LG’s home country of South Korea. That tablet features a Qualcomm Snapdragon 400 processor, 1.5GB of RAM, 32GB of storage, a 1280 x 800 pixel display, and comes with a capacitive touchscreen stylus.