The tablet has a 10.35 inch, FHD+ display and a Qualcomm Snapdragon 680 processor and sells for around $300 in South Korea. There’s no word on if or when it will be available in other markets, but it shows that LG isn’t done with Android just yet. 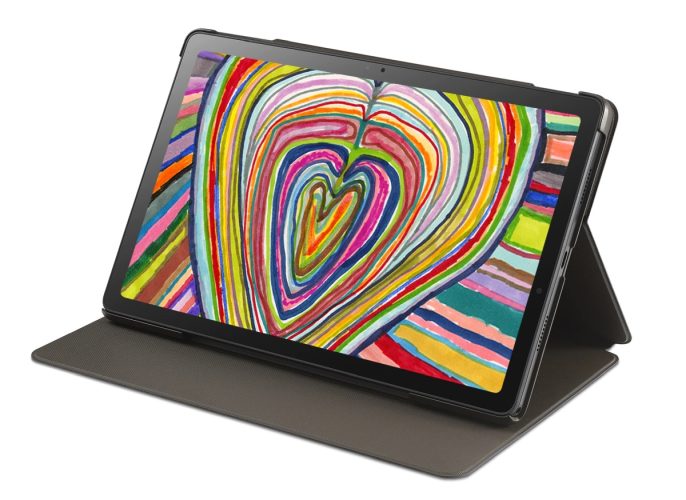 The tablet features a 2000 x 1200 pixel IPS LCD display with a 5:3 aspect ratio and a 60 Hz refresh rate and up to 500 nits brightness. It also has quad 1-watt speakers, support for a Wacom AES 2.0 digital pen, 8MP rear and 5MP front-facing cameras, a 7,040 mAh battery and support for 25W fast charging (although it only comes with a 16W charger)

With a mid-range Qualcomm Snapdragon 600 series processor, 4GB of LPDDR4X RAM, and 64GB of UFS storage, it’s clear that LG is positioning the LG Ultra Tab as a mid-range tablet rather than a premium device, despite the fact that it’s got “ultra” in the name.

While the tablet does have a microSD card reader, it does not appear to have a headphone jack.

LG’s new tablet supports WiFi 5 and Bluetooth 5.1 and has a USB 2.0 Type-C port. The tablet weighs 458 grams (about 1 pound), measures 7.1mm (0.3 inches) thick, and has a metal body. It ships with Android 12 software and there’s support for an optional Bluetooth folio keyboard case that has a storage slot for a Wacom pen.