LG has introduced a handful of smartwatches over the past year, and most of them have run Google’s Android Wear software.

But there are a few things Android Wear can’t do. It doesn’t currently let you connect to the internet over LTE, make phone calls from your wrist without pairing with a phone, or use your watch as a standalone digital wallet at stores that accept NFC payments.

So LG built a new operating system for the the G Watch Urbane LTE. It’s called the LG Wearable Platform, but it’s based on the webOS software LG currently uses for its smart TVs. 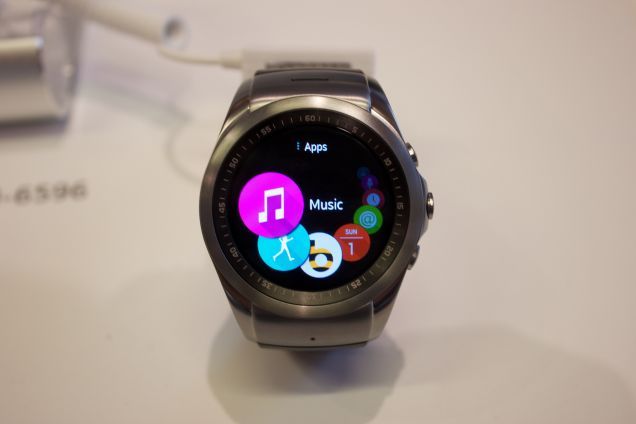 WebOS started out its life as an operating system developed by Palm to run on smartphones. HP acquired Palm a few years ago and adapted the software to run on tablets… but discontinued the program just a few months after launching the HP TouchPad which was the first tablet to run webOS.

LG later acquired the remnants of webOS and used the platform to let users stream online music, video, and other content to televisions.

Since LG has more control over webOS than it does over Android Wear, the company was also able to modify the operating system to include the features LG wanted to use in its latest smartwatch. That’s why the LG G Watch Urbane LTE can support LTE and mobile payments, while the WiFi-only G Watch Urbane with Android Wear software cannot.

So the webOS watch will be able to do a few things LG’s other watches cannot… but what can you actually do with the watch?

It comes pre-loaded with with a health app for fitness tracking, a music player, calendar, and even a golf caddy app. LG may launch support for additional apps in the future. That could include apps developed in-house by LG and by third-party developers.

But LG representatives tell CNET that in the short term there’s more of a focus on using the watch to display notifications from your phone. LG will offer an app that users can install on an Android phone to pair the G Watch Urbane LTE so it can display notifications from smartphone apps. But users will also be able to use the watch as a standalone device to make or receive phone calls or text messages.

2 replies on “LG shows off its first webOS smartwatch”