If you had your eye on last year’s LG V20 smartphone with a 5.7 inch display and a secondary screen above that one but didn’t want a 5.7 inch phone, now LG has another option.

The company has just unveiled a new model called the LG Q8. It looks like the V20 and has similar specs. But the new phone’s primary display is 5.2 inches. Oh, and unlike the V20, the new LG Q8 is waterproof.

Unveiled in Italy, thew LG Q8 should be available soon for about €599. There’s no word in if or when it’ll ship in the US… or why LG thinks you’ll spend that kind of money for a phone with last year’s specs when you can pick up a V20 for around $450. 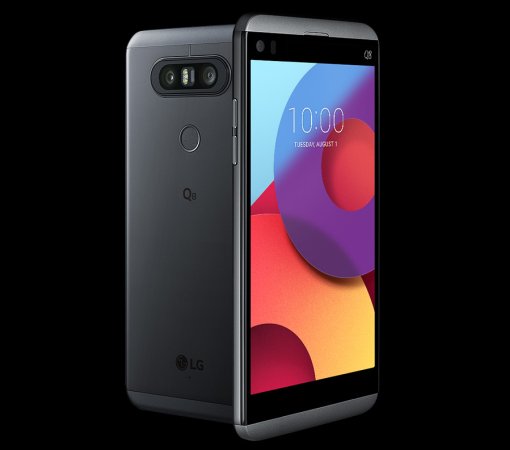 The phone features IP68 water resistance, meaning you can dunk it in up to 1.5 meters of water for up to 30 minutes without sustaining damage.

The LG Q8 announcement comes shortly after the unveiling of the LG Q6, a phone that seems to be a smaller, cheaper alternative to the LG G6. But in that case, the phone also features a significantly less powerful processor, which helps explain the lower price tag.

Update: As pointed out by a redditor, the LG Q8 seems to be an LG V34 by another name. The LG V34 launched in Japan late last year and now it looks like it’s headed to Italy, and possibly other European destinations.