Last year’s LG Q6 smartphone was a budget device that borrowed some design elements from the more expensive LG G6. Apparently it was popular enough for LG to continue the tradition this year.

A few weeks ago the company unveiled the LG G7 ThinQ high-end smartphone, and LG says it’ll be accompanied by a cheaper set of LG Q7 series smartphones.

They’re not as powerful as the LG G7 ThinQ, and they have lower-resolution displays. But the new phones do have some premium touches including an IP68 water and dust resistance design, a fingerprint sensor, and a 2:1 aspect ratio display (with bezels, but no notch). 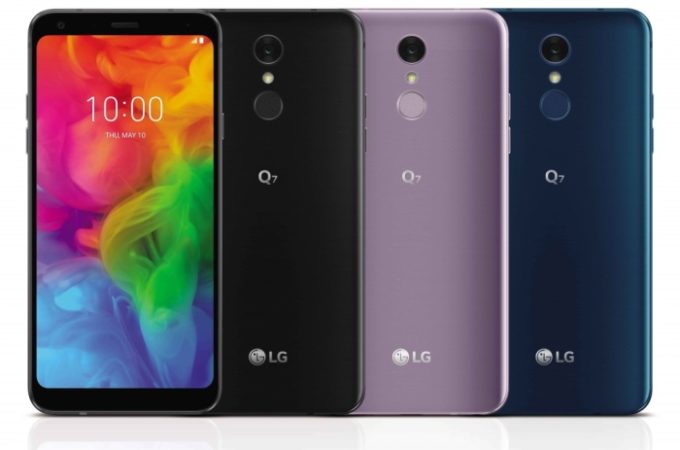 The new LG Q7 sereis phones also feature Hi-Fi audio and updated camera features including a portrait mode and a QLens feature that uses AI for image recognition and searching.

LG says there will be three different configurations of the LG Q7:

LG says processor options include a 1.5 GHz octa-core or 1.8 GHz octa-core chip, but the company hasn’t said which chips it’s using. The fact that this is one of the few devices LG has announced recently that doesn’t have the ThinQ brand attached to it suggests that these phones won’t exactly be artificial intelligence powerhouses.