The LG Optimus G is basically what you get if you take the Google Nexus 4 and release it with LG branding and square corners instead of round edges. LG makes both phones, and the specs are pretty much the same (although LG puts its own skin on Android, while Google offers the phone with a stock version of Android 4.2).

Now LG is preparing to launch an updated Optimus G which takes pretty much everything that’s good about the original and then amplifies it a bit. 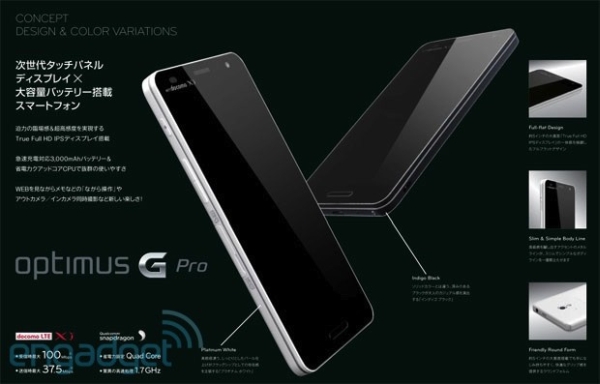 Engadget and Blog of Mobile received some leak documents pointing to a new LG smartphone featuring:

Unlike the Nexus 4 (but like the original Optimus G), the phone also supports 4G LTE networks.

In Japan the phone will also be available with digital TV capabilities — but that’s not uncommon for top-tier smartphones in that market.