When LG acquired the webOS operating system from HP, the company said it planned to use the software for smart TVs. That seems to be going relatively well: the company announced in June that it had sold a million TVs with webOS.

A report from August though, suggests that webOS has been a square peg in LG’s round hole, with culture clash between the developers working on webOS and the corporate culture at LG leading to many developers leaving the company.

But it looks like some of those sticking around might have found a new platform for webOS: smartwatches. 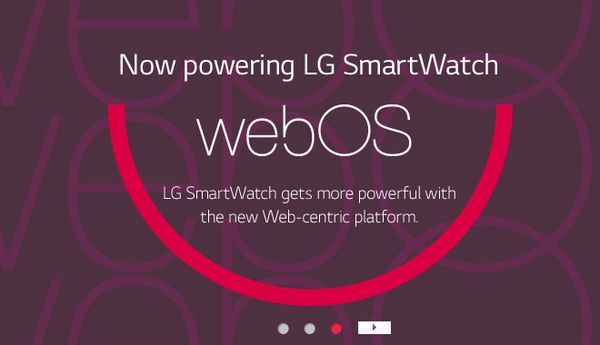 The webOS operating system was originally developed by Palm for use on smartphones. HP acquired Palm and adapted the software for use on tablets as well… but sales were sluggish and HP killed its webOS hardware division just two months after launching its first tablet.

Now webOS powers the smart TV features on LG products that let you do things like stream videos from Netflix and YouTube. WebOS on TVs doesn’t look anything like webOS on phones or tablets, and it’s likely that a smartphone version would look quite different from either.

The Verge spotted a developer portal which promised that an LG webOS SmartWatch was on the way. The page has been removed, but images from the wesbite mention an LG SmartWatch with web-centric features.

LG is no stranger to the smartwatch space. The company’s first model is the LG G Watch which features Android Wear software, a square face, and a $229 price tag. LG also has a second Android Wear watch called the G Watch R with a round face in the works.

But it seems LG may be taking a page out of Samsung’s playbook for wearables and diversifying its lineup by offering models with Google’s software while developing competing devices that use an operating system that was developed in-house.

Most of Samsung’s smartwatches run software based on Tizen Linux, but Samsung also offers the Gear Live with Android Wear. If Samsung’s Tizen watches prove successful the company gets the benefits of running its own app store and ensuring that Samsung watches work well with Samsung phones, tablets, TVs, and other products. But if Android Wear becomes the dominant platform for wearables the way Android has for smartphones and tablets… well, Samsung already has a foot in the door.

It looks like LG may be taking a similar approach… even if the company’s not ready to officially unveil the LG webOS SmartWatch just yet.

One reply on “LG may be developing smartwatches with webOS software”