But it’s the phone’s design that really stands out: there’s an option to get an LG G4 with a leather panel on the back. 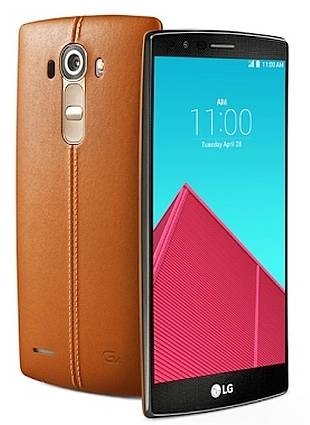 LG says the leather back has been treated to be water, dust, and scratch resistant.

Most smartphones are encased in plastic or metal, while some (including earlier LG smartphones) have glass panels on their backs.

Rival Samsung offers some smartphones that look like they’re covered in leather, phones like the Galaxy Note 3 actually have faux-leather cases made of plastic.

The leather back isn’t the only unusual feature of the LG G4. It’s got a slightly curved design, which LG calls “slim arc.” Basically it’s not quite as sharp a curvature as the LG G Flex, but it’s not flat like a typical smartphone. 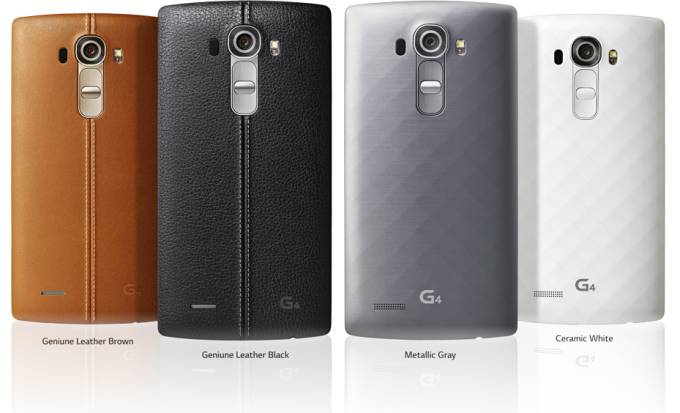 Don’t like leather? LG will also offer models with plastic backs. The rear panels are removable so you can always swap out a plastic back for a leather one or just change the colors.

The LG G4 has a Qualcomm Snapdragon processor, but it doesn’t use the same Snapdragon 810 chip as the HTC One M9… you know, the one that is prone to overheating.

Instead it has a less powerful (but hopefully more reliable) Snapdragon 808 chip. 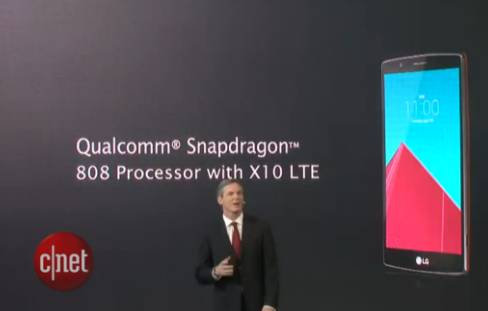 The phone has a 3000 mAh battery, and it’s user replaceable. There’s also support fro a microSD card — so if you’ve been disappointed in Samsung’s decision to leave both of those features out of the Galaxy S6, the LG G4 may be one of your best bets for a current-gen high-end phone.

Like the last few phones from LG, the LG G4 has power and volume buttons on the back of the phone, just below the camera. But it has a brand new camera.

Not only is the 16 megapixel camera able to snap higher-resolution photos than the 13MP camera on the LG G3, but it has an F/1.8 aperture lens for better photography in the dark and optical image stabilization improvements.

LG’s new phone also has a laser focus which the company says lets the phone auto-focus in 276 milliseconds. The camera also launches quickly, in about 0.6 seconds.

LG is also offering simple, auto, and manual camera modes for advanced photography settings, as well as the ability to save images in either JPG or RAW formats. You can even save the same shot in both formats.

The phone will ship with Android 5.1 Lollipop software, but it’ll also feature the latest version of LG’s custom user interface and app suite.

Among other things, LG UX 4.0 has a Quick Shot camera feature that lets you snap a picture by double-tapping the rear key, even when the phone is locked, Ringtone ID which automatically creates custom ringtones for all of your contacts, a Smart Bulletin feature that lets you create a series of widgets for quick access to information, and a refined user interface.