The LG Gram line of notebooks are known for being extraordinarily light weight. But that hasn’t stopped LG from packing big features into compact packages. And the latest models include features like discrete graphics and big, high-res displays.

While that makes the new laptops heavier than the 2.2 pound (1 kilogram) models that LG has released under the LG Gram brand in the past, they’re still some of the lightest-weight laptops you’re likely to find with those screen sizes and discrete graphics (although it’s worth keeping in mind that the RTX 2050 is an entry-level GPU).

The company also doesn’t skimp on the battery to keep the notebooks lightweight: the new LG Gram 16 and LG Gram 17 notebooks with discrete graphics both have 90 Wh batteries.

While the press release for the notebooks doesn’t mention this, the individual product pages also suggest there will be lighter-weight versions without discrete graphics and with 80 Wh batteries. The 16 inch model weighs about 2.64 pounds, while the 17 inch version is 2.98 pounds. 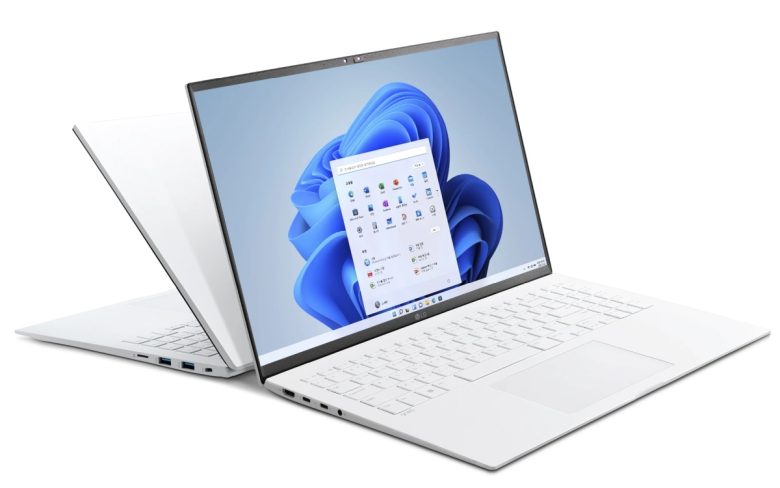 All of LG’s new Gram 16 and 17 models are Intel Evo-certified laptops with 16:10 aspect ratio IPS LCD displays with 99% DCI-P3 color gamut and an anti-glare display panel.

The company also plans to launch new LG Gram 14 and 15 laptops soon, as well as updates to the LG Gram 360 line of convertible notebooks featuring 14 and 16 inch displays.

Update: LG has given the LG Gram 2022 line of laptops a global launch, with new models sporting 14 through 17 inch displays expected to launch in select markets in North America, Europe, and Asia in the second quarter of 2022.