LG is expanding its Android tablet lineup with a new model featuring an 8.2 inch ful HD display, a Qualcomm Snapdragon 615 processor, and support for 4G LTE. 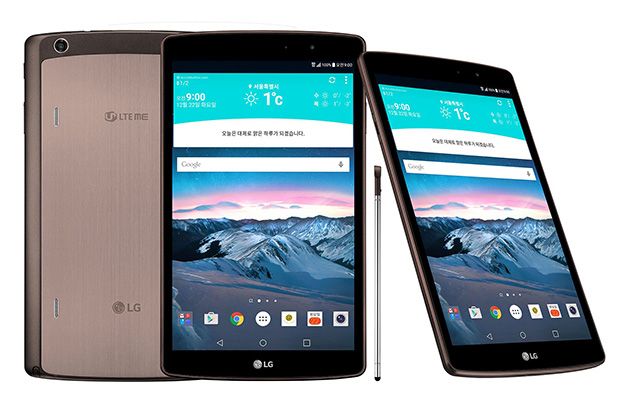 The new tablet seems to be a mid-range device, with Qualcomm’s octa-core processor for mid-range products, 2GB of RAM, 16GB of storage, 802.11a/b/g/n WiFi, and Bluetooth 4.1.

But it has some premium touches, including a 1920 x 1200 pixel IPS display and support for mobile broadband networks.

Other features include a 4,800 mAh battery and a microSD card slot that supports up to 2TB of removable storage. The LG G Pad 8.3 II LTE ships with Android 5.1.1 Lollipop software. It has an 8MP rear camera and a 2MP front-facing camera.

The tablet measures about 0.34 inches thick and weighs about 13 ounces.

There’s no word on if or when LG will offer the 8.3 inch tablet outside of Korea, or if there will be a WiFi-only version.