Last year an unannounced LG Chromebook showed up at the Bluetooth SIG website, suggesting that the South Korean company could be preparing to launch its first Chrome OS laptop. And now it’s arrived.

The LG 11TC50Q Chromebook is now available in South Korea, and it’s a convertible notebook with an 11.6 inch touchscreen display, a 360-degree hinge, and an Intel Celeron N5100 quad-core processor based on Intel Jasper Lake architecture. 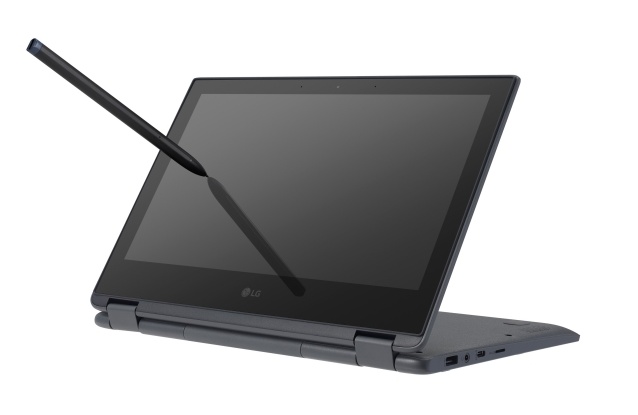 LG says the notebook weighs 1.44kg (about 3.2 pounds), and it’s rated IP41 for dust and water resistance, which means it’s splash-proof, but not entirely waterproof. There are front and rear cameras, and promotional images show a stylus, although it’s unclear if that’s a pressure-sensitive active pen or a capacitive stylus that basically acts like a fingertip, but pointier.

There’s no word on if or when the LG 11TC50Q will be available outside of South Korea, where LG is positioning the Chromebook as a device for the education market. With a price tag of 690,000 won (about $560), I suspect that the LG 11TC50Q wouldn’t be particularly competitive in the US though, where you can find plenty of Chromebooks with similar specs for significantly less.