Korean electronics giant LG has unveiled a new 5.5 inch, 2560 x 1440 pixel IPS display with 538 pixels per inch. It’s designed for smartphones and other small devices… and in what’s obviously a remarkable coincidence, LG and Japanese wireless carrier have just launched a new smartphone with a 5.5 inch, quad HD screen.

Just kidding… it’s the same screen. While KDDI’s Isai FL smartphone is bound for Japan, LG says the screen will also be used in its “forthcoming” international flagship phone, which is expected to be called the LG G3. 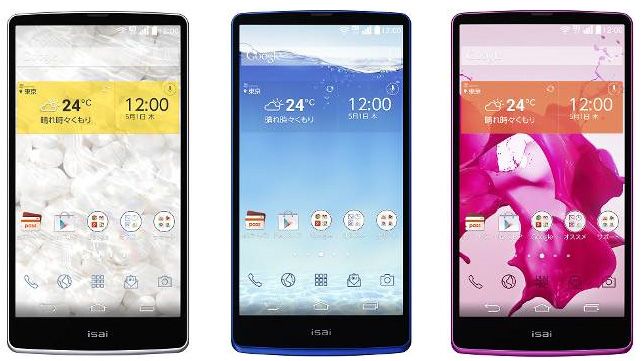 It’s not clear if the Isai FL and the upcoming LG G3 will share features beside the screen, but here’s what’s under the hood of the Japanese phone:

The photos of the phone also show a device with volume buttons on the back (like the ones found on the LG G2, and a rather thin bezel around the screen.

The Isai FL is expected to launch in Japan on May 26th.