LG started shipping smart TVs with webOS software this year, bringing a relatively easy-to-use way to stream content from the internet to a television. Now LG has announced that webOS 2.0 for smart TVs is coming next year.

The company plans to begin showing off its latest smart TV software at the Consumer Electronics Show in January. 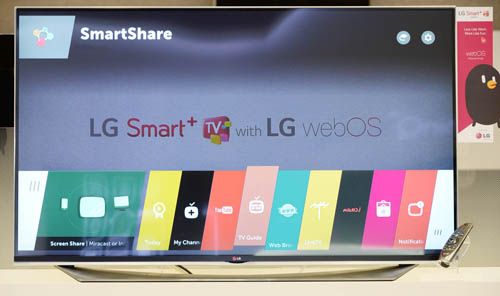 LG acquired webOS from HP (which acquired it by buying Palm). While the operating system was originally designed for smartphones and tablets, LG developed a TV-friendly user interface and modified webOS so that it could be used to bring web apps to big screens.

The company sold more than 5 million televisions with webOS last year… but some have questioned whether the whole thing has been a failed experiment. It’s possible LG would have sold those TVs whether they had webOS software or not, while many of the developers working on the software have left LG.

Still, LG plans to give things another go and promises that version 2.0 includes a number of improvements and new features such as:

LG says it’s also working with Amazon and Netflix to make sure that 4K streaming video content is available for LG televisions with Ultra HD screens.