As expected, LG is launching its first thin-and-light laptop with a 17 inch display… and as far as I can tell the upcoming LG Gram 17 is the first notebook from any company to feature such a large screen while weighing less than 3 pounds.

According to a listing on Best Buy’s website, an LG Gram 17 laptop with an Intel Core i7-8565U processor, 16GB of RAM, and a 256GB solid state drive will sell for $1700 and despite the large display, the computer weighs just 2.95 pounds and measures just 0.7 inches thick.

Update: Unsurprisingly, Best Buy has taken down its web page. 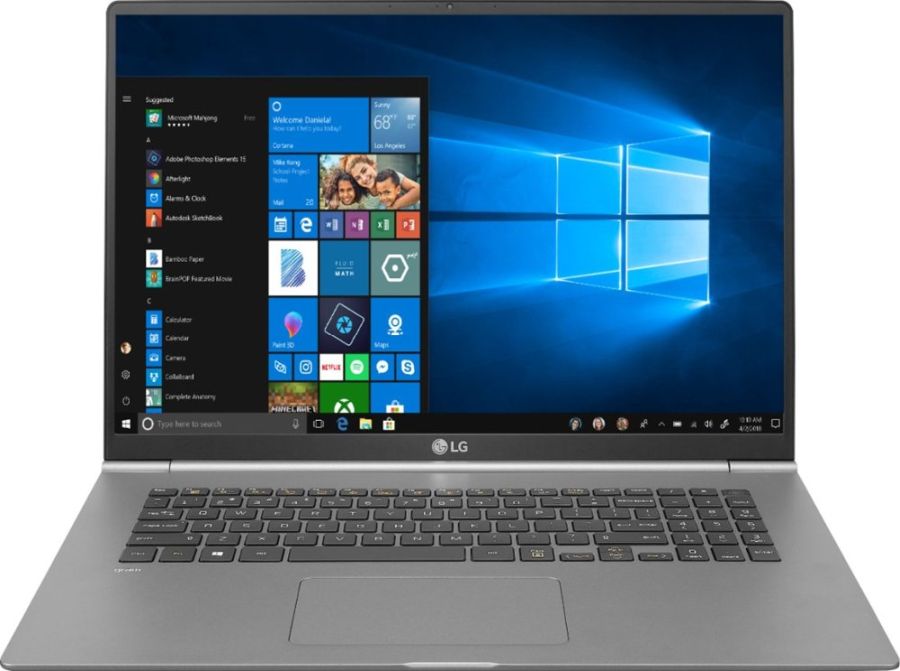 It has a 2560 x 1600 pixel display, a fingerprint reader, and a backlit keyboard that features a numeric keypad on the right side.

Ports include a USB Type-C port, three USB 3.1 Type-A ports, a headset jack, an HDMI port, and a microSD card reader. Yes, I also think it’s strange that it’s not a full-sized SD card reader, given the size of the laptop.

Thanks to the Intel Whiskey Lake processor, the notebook also supports Gigabit WiFi, and the notebook comes with a USB-C to Ethernet adapter for wired connections. There’s also an HD webcam and microphone above the screen.

LG claims the laptop supports up to 19.5 hours of battery life — but the company tends to measure battery life using the most generous measures possible, so I’d expect real-world results to be around half that, at best… but that would still be pretty impressive for a 3 pound laptop with a 17 inch display.

That said, the LG Gram 17 is closer in size to what you would have expected from a 15.6 inch notebook a few years ago — it has pretty slim bezels around the display, allowing LG to cram that big screen into a notebook that measures 15″ x 10.5″ x 0.7″. The magnesium alloy case also probably helps keep the weight down.