The LG G8X ThinQ is a smartphone with decent specs including a Qualcomm Snapdragon 855 processor, 6GB of RAM, 128GB of storage, dual rear cameras, a 32MP front camera, stereo speakers, and a 32-bit HiFi quad DAC.

But the phone’s standout feature is actually an optional accessory — the LG Dual Screen, a case that lets you add a second display to the smartphone and use it as a dual-screen device.

First unveiled in September, the LG G8X ThinQ Dual Screen is coming to America in a few days. 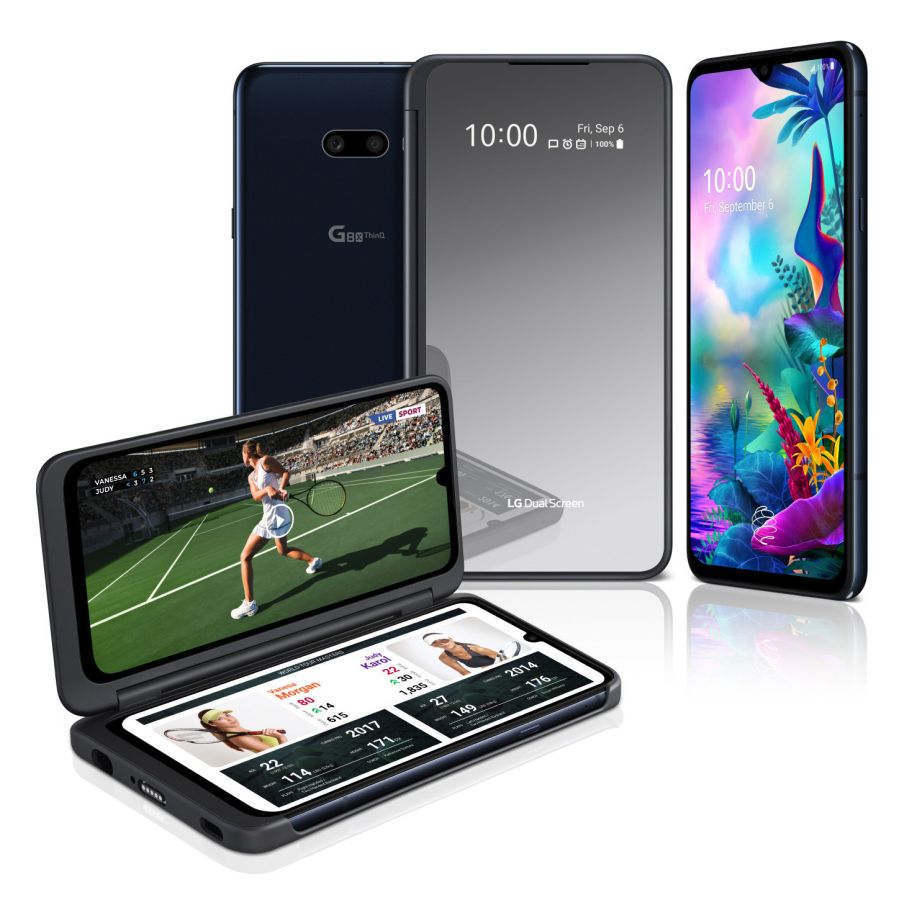 AT&T is already taking pre-orders for the phone, and the wireless carrier says the LG G8X ThinQ will be available starting November 1st.

Both carriers will throw in an LG Dual Screen accessory for free for a limited time (although Sprint says you’ll need to send in a mail-in rebate to take advantage of the deal).

An unlocked LG G8X ThinQ will set you back $699, but both carriers are offering discounts to folks who sign up for a monthly plan.

The case also has a secondary 2.1 inch monochrome display that you’ll see if you fold the case closed so that the primary displays are facing one another.

Other features include an in-display fingerprint sensor, a 32MP front-facing camera, a 12MP primary rear camera plus 13MP wide-angle camera, a 4,000 mAh battery with Qualcomm Quick Charge 3.0 support, and support for Bluetooth 5.0, 802.11ac WiFi, and NFC.

The LG G8X ThinQ is rated IP68 for dust and water resistance, and unlike most modern flagships, it has a microSD card reader and a headphone jack.