The LG G8 ThinQ smartphone features a Qualcomm Snapdragon 855 processor, a 6.1 inch, 3120 x 1440 pixel OLED display, 6GB of RAM, and 128GB of storage. Basically, the phone has everything you’d expect from a flagship Android phone in 2019.

But when LG unveiled the phone in February, the company also introduced a few features you might not expect, including a front camera system that uses Time of Flight (ToF) technology to sense depth, enabling secure facial recognition and support for using touch-free gestures to control the phone.

It’s also the first smartphone to let you use palm vein authentication to unlock your device.

Now LG has revealed US pricing and availability for the LG G8 ThinQ. It goes up for pre-order on March 29th and should be available in stores starting April 11th. 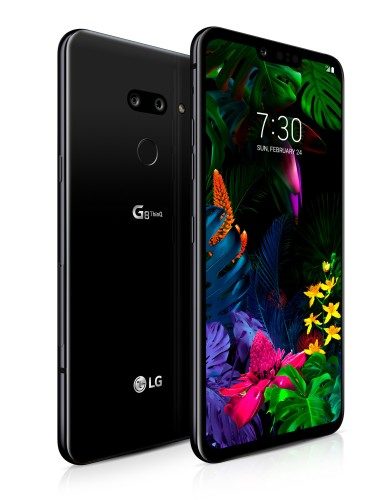 LG says the phone will be offered at AT&T, Sprint, T-Mobile, and US Cellular as well as Xfinity Mobile, Best Buy, and B&H.

With an $820 price tag, the phone isn’t exactly cheap. But LG says some customers may qualify for up to $150 off depending on the wireless carrier and/or retailer where they buy the phone.

The version of the phone sold in the US will have two rear cameras:

Unlike many modern smartphones, the LG G8 ThinQ has both a 3.5mm headphone jack and a microSD card reader that can support cards up to 2TB.