LG isn’t going to officially unveil its next smartphone until May 2nd, but we already have a pretty good idea of what the LG G7 ThinQ will look like, thanks to Evan Blass. Now LG is also highlighting one of the phone’s special features: the display.

The LG G7 ThinQ will feature a 6.1 inch, 3120 x 1400 pixel LCD display that supports up to 1,000 nits of brightness. LG says that makes it “the brightest and most vibrant display on the smartphone market today.” 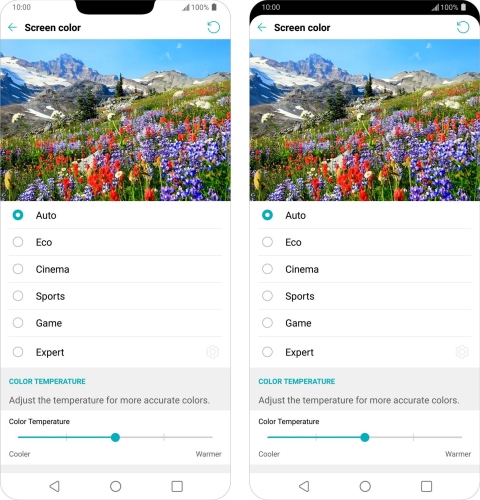 Among other things, the phone’s “Super Bright” technology should make it easier to view the screen in bright sunlight or any other conditions. But while the phone will certainly use more power at full brightness than it does when you dim the screen a bit, LG says it’s reduced power consumption “by as much as 30 percent” compared to the LG G6.

Other details in LG’s press release include:

The screenshots of the color settings menu also confirm that the phone’s display wraps around a camera cut-out, but that there’s a software feature that will let you turn the status bar black to camouflage the notch. When that feature is enabled, status notifications will be shown in white instead of black so that they’re still visible above the rest of the screen.