The LG G6 goes on sale in the US starting April 7th. Two US wireless carriers have announced plans to sell LG’s new flagship phone, with the price coming to $650 over the course of a 2-year T-Mobile contract or $720 on a 2-year contract from AT&T.

But wherever you buy the LG G6, US customers can also get a freebie: LG is throwing in a free Google Home if you place an order by April 30th.

Is that a good deal? 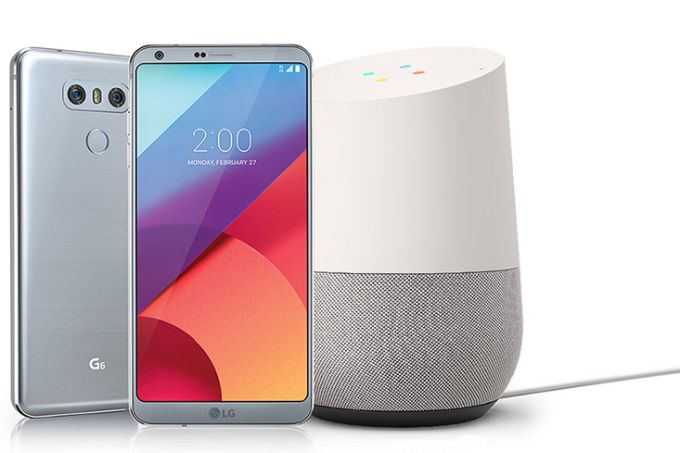 Maybe… if you were already planning on buying a new phone and a Google Home.

Google normally sells its smart speaker for $129, so this is sort of like getting a $129 discount… assuming you want a smart home speaker with baked-in support for the Google Assistant voice service. If you don’t, then you’d probably rather just spend $129 less for the G6. That’s not an option yet, but if the phone is anything like more flagships, it’ll probably go on sale from time to time a few months after launch.

LG’s phone measures about 149mm x 72mm x 8.3mm and has a 2,880 x 1,440 pixel display with a diagonal measurement of 5.7 inches. The key benefit to the wide aspect ratio is that it lets you multitask by running two apps in side-by-side windows of identical size.

Google Home, meanwhile, is basically Google’s answer to the Amazon Echo. It’s a small internet-connected speaker that’s always listening for voice commands or questions. Since it’s tied to your Google account, it can do a few things Echo cannot, like send videos to a Chromecast-enabled TV. But Amazon has a bit of a head start in this space, so Google is still playing catch up in third-party app and service support.

Update: Sprint, Verizon, and US Cellular have all announced pricing for the LG G6 as well.