LG’s holding an event to unveil its next flagship smartphone on August 7th. But you can get a sneak peek at the LG G2 today… or at least a line drawing of the back of the tablet. Because that’s pretty much what just showed up at the FCC website. 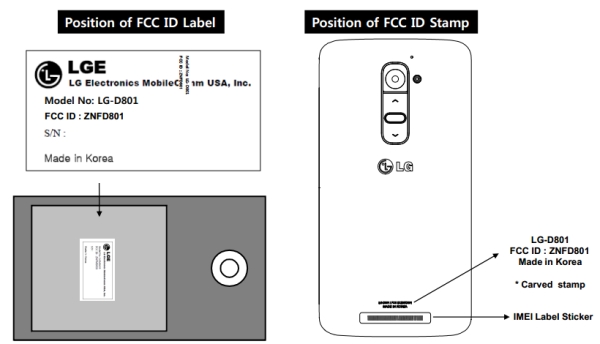 The FCC documents don’t provide a lot of details about the phone, but we know it’s got the model number LG-D801, and it’ll support HSPA and 4G LTE wireless networks. The model at the FCC supports the wireless bands used by AT&T and T-Mobile in the United States.

While the FCC listing doesn’t really tell us much about the phone’s launch date, devices do have to go through the regulatory agency before they can go on sale in the US. So the fact that the phone’s already cleared the FCC is a good sign that the LG G2 could be ready to go on or around the official announcement on August 7th.

Oh, and if you’re wondering how we can tell that this is the LG G2, it’s because the line drawing shows the distinctive placement of the volume buttons on the back of the device, just below the camera — something we’ve already seen on leaked videos of LG’s upcoming phone.