Starting May 29th, AT&T will begin offering an 8 inch Android tablet for $150 with a 2-year contract.

It’s called the LG G Pad F 8.0 and at first glance it looks a lot like a standard LG G Pad 8.0. But AT&T says its model has a few interesting features that help set it apart. 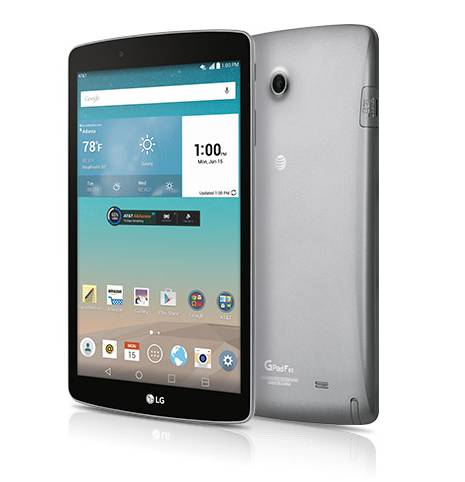 The G Pad F 8.0 comes with a stylus and includes a full-sized USB port, something that’s relatively uncommon on thin and light tablets.

Other features including a 1.2 GHz Qualcomm Snapdragon 400 quad-core processor, 16GB of storage, a microSD card slot a 4,300 mAh battery, and Android 5.0 Lollipop software. There are front and rear cameras, the tablet has an 8 inch screen which AT&T describes as HD+ (which might just mean 1280 x 800 pixels), and the LG G Pad F 8.0 weighs 12 ounces.

Rival wireless carrier Sprint launched a similar device called the G Pad F 7.0 earlier this year. That model has a 7 inch screen, a Snapdragon 410 processor, 8GB of storage, and a 4,000 mAh battery. It does not feature a stylus or full-sized USB port.