LG’s next flagship phone is coming later this month. But while the LG G6 hasn’t been officially unveiled yet, LG is starting to talk up some of its features… and one thing the company has just confirmed is that it’ll have that 2,880 x 1,440 pixel display with an 18:9 aspect ratio we’d heard about.

Why? For better multi-tasking. 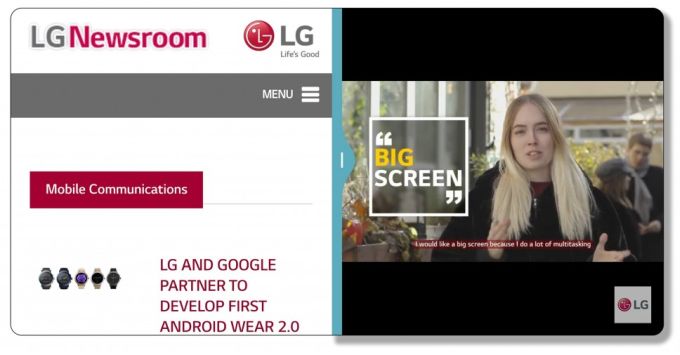 LG describes the upcoming phone’s 5.7 inch display as “FullVision,” which it has a wide aspect ratio will make movies and other content look good in full screen mode. But if you take advantage of Android’s new(ish) multi-window support, you can now view two apps in side-by-side square windows that are exactly the same size.

LG has also updated its Android skin and some of its core apps to take advantage of the new screen. For instance, the updated camera app includes a Square Camera feature that lets you snap square images using a viewfinder on one side of the screen and then review the picture in the other window before deciding whether to share it online.

The G6 will also feature a new LG UX 6.0 user interface for its Android 7.0 software which places an emphasis on squares: