There are a number of ways to stream photos, video, or music to your television. You can use a Roku, a Chromecast, an Amazon Fire TV, or television with built-in smart TV capabilities. Typically app developers that want to let you stream content from your phone or tablet to a TV have to use separate SDKs to add support for each one of those platforms.

But LG has another solution. The company’s new Connect SDK is an open source framework that supports several different boxes. Developers can use the Connect SDK to add support for 5 different types of TV streaming platforms. 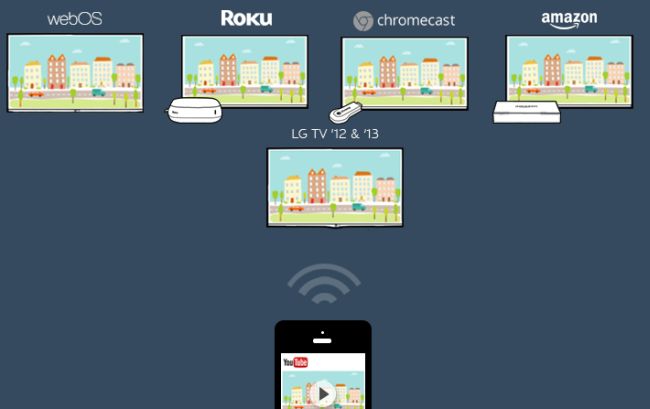 The software works by creating a hardware abstraction layer that works with multiple protocols including Google Cast, DLNA, and DIAL. When a user hits the “pause” button or the “close” button on a supported app, it doesn’t matter what TV streaming protocol they’re using. As long as it’s supported by the SDK, the music or video will pause or the app will close.

The platform makes it easy for developers to support multiple devices in one fell swoop… and making the SDK available as a free and open source project makes sense for LG since it means that developers who want to use the software to add support for popular platforms like Roku, Chromecast, and Fire TV will by default be adding support for LG’s own Smart TVs. It might be harder to attract those developers had to use another SDK in addition to those for other platforms.

Essentially, even developers who might have no interest in supporting webOS might end up doing it anyway because LG’s tools provide a simple solution for supporting a bunch of different platforms.

Right now there’s no support for Apple TV or Samsung smart televisions — but LG plans to incorporate both of those platforms into future builds of the Connect SDK.