Google and LG are bringing the next Nexus smartphone to market on November 13th. The LG Nexus 4 will be available unlocked for $299 and up in the US. It will also be available in the UK, Canada, Australia, and parts of Europe on the same day. 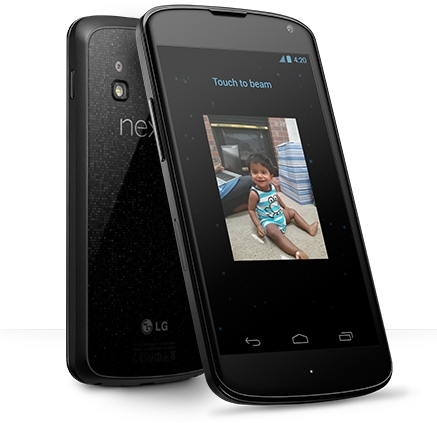 There’s an 8MP rear camera and 1.3MP front-facing camera. The phone has a 2100mAH battery and Google says you should get 15.3 hours of talk time of 390 hours of standby time.

Like other recent Nexus devices, there’s no microSD card slot for extra storage. Having spent the last few months with a 16GB HTC One X, I imagine an 8GB phone of this type would feel pretty cramped. But $349 is a pretty great price for a 16GB model.

And just like the new Samsung Nexus 10, the LG Nexus 4 will ship with Google Android 4.2 Jelly Bean software.

For the most part the specs are exactly what we were expecting… but that’s not necessarily a bad thing.