Theoretically it’s possible to make an SD card with up to 128TB of storage. But until now you haven’t been able to buy an SD card that could hold more than 512GB of data.

That changed this week. Lexar just introduced the world’s first 1TB SDXC card, called the Lexar Professional 633x SDXC card and it’s a UHS-I card with support for read speeds up to 95MB/s.

It ain’t cheap though: the card has a suggested retail price of $500, although it’s currently up for pre-order for $400 from Adorama and B&H. 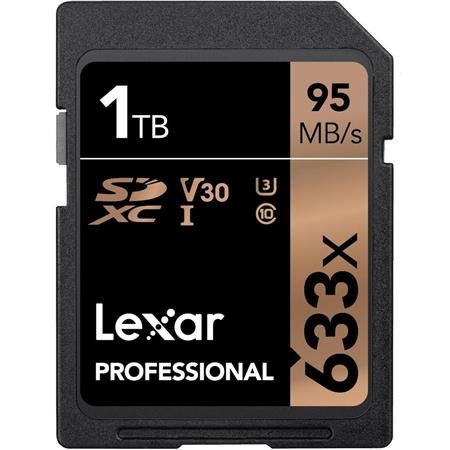 The storage card is a full-sized SD card rather than a microSD card, which means it’s likely to be useful for photographers shooting who want to keep shooting photos or videos without swapping out cards.

It’s most likely not going to help you store a bunch of movies on your smartphone or tablet… although I suppose you could use it as expensive removable storage for a laptop (if you have one with an SD card reader).

Mostly I’m just amazed at how much data you can squeeze onto a postage stamp-sized device these days. The first SD card I ever bought only had 4MB of data, which was enough space for a couple of low-quality MP3s.

Lexar, by the way, isn’t exactly the same company it once was — owner Micron Technology moved to discontinue the brand in 2017, but a Chinese company called Longsys acquired the trademark and branding rights later that year. So the line in the company’s press release mentioning that “almost fifteen years ago, Lexar announced a 1GB SD card” is technically true… but it implies that there’s a straight line to the same company introducing a 1TB card today. That’s not entirely true.